“There are always individuals who are a little too sensitive to spend all their time hanging around other humans, because they pick up too much from nervous systems that are the same shape as themselves. If someone depressed walks in the room, they find themselves getting depressed, and if someone happy walks in they’re immediately joyous. They’re too easily influenced by other humans, and yet their sensitivity is just right for entering into a rapport with a very different shape of awareness, with an owl, for instance, or an oak tree, or an ant.

These particularly sensitive folks tend to gravitate quite naturally to the edge of any traditional culture, where with one hand they can turn toward the human collective, but with the other they are open to the whole field of other-than-human powers. They become the intermediaries between the culture and the living land.

I think that every culture worthy of the name recognizes the need for such folks. These persons are the boundary keepers, those who tend the boundary between the human community and the wild, more-than-human world in which human culture is embedded. Their craft or work is to keep that boundary porous, to ensure that it remains a fluid membrane and doesn’t harden into a static barrier.” 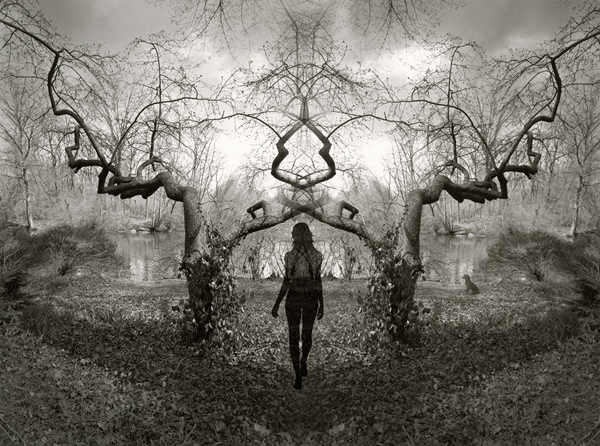 “When I look at the state of the world right now, I see an arc bending towards something that dwarfs any parochial concerns about particular presidential elections or political arrangements between human nations, and which should put those events into deep perspective. I see a grand planetary shift that has not been seen for millions of years. I see that half the world’s wildlife has gone, and half the world’s forests, and half the world’s topsoil. I see that we have perhaps two generations of food left before we wear out the rest of that topsoil. I see 10 billion people needing to be fed. I see the highest concentration of carbon in the atmosphere since humans evolved. I see coming waves of political and cultural turmoil resulting from all of this, which makes me fear for my children, and sometimes for myself.

Our stories are cracking: the things we have pretended to believe about the world have turned out not to be true…In such times, we write to make sense of things, and to examine our stories in their proper perspective. We write new stories because the old ones are half-dead now.

I think we could make a case that most of the world’s great religions, philosophies, artforms, even political systems and ideologies were initiated by marginal figures. There is a reason for that: sometimes you have to go to the edges to get some perspective on the turmoil at the heart of things. Doing so is not an abnegation of public responsibility: it is a form of it. In the old stories, people from the edges of things brought ideas and understandings from the forest back in to the kingdom which the kingdom could not generate by itself.”

Paul Kingsnorth – 2016:Year of the Serpent

“I’m really interested in the landscape of the mythology and the mythology of the landscape. That’s where I get curious. And so for the last twenty years I’ve been taking people up out into the few remaining wild places in Britain. And also that led to a certain curiosity into where does wildness still reside in language itself. Could there be places within stanzas within stories within poems where old gods still reside. And so quite naturally  I’ve been brought back into story as a way of articulating wild information, information from the edges.

For me a compelling story is when you feel a variety of intelligences at play. And I would go so far as to suggest that culturally for thousands of years, stories in their fullness in their efficacy were a form of negotiation with weather patterns, with the movement of the hunt, with the dreams of the people, with the bones of the dead, with the future memory of those to come. All of that was present in the story, which can be told as simply as ‘Once upon a time, there was a woman at the edge of a great forest.’ But make no mistake, some of the most incredible thinking of our age is transmitted through stories.”

Martin Shaw – Storytelling from the Edge

(All Photographs by Jerry Uelsmann)

This entry was posted on December 27, 2016 by anelegantmystery. It was filed under artists, mythology and was tagged with Dark Mountain, David Abram, Martin Shaw, mythology, Paul Kingsnorth, storytelling.