I love this book, Reclaiming Art in the Age of Artifice by J.F. Martel. His goal is to start a conversation about the true nature of the transformative power that is characteristic of great art. I know it has sparked my own internal musings about the subject. The following post contains examples of what I believe are incredible works of art that were chosen out of thousands of possible examples. I’m sure everyone can think of many more that are important to them. There are so many!
Most of the following excerpts are from the preface to Martel’s book. I encourage anyone who is an artist or who loves and is inspired by art to purchase his book here or at your local independent bookstore. I believe it is an important and timely call to explore the possibilities of depth in an age when we are so easily hypnotized, manipulated and ultimately destroyed by the shimmering, shallow, unimaginative mirage of modern life.

“Every great artistic work is a quiet apocalypse. It tears off the veil of ego, replacing old impressions with new ones that are at once inexorably alien and profoundly meaningful.”

“Great works of art have a unique capacity to arrest the discursive mind, raising it to a level of reality that is more expansive than the egoic dimension we ordinarily inhabit. In this sense, art is the transfiguration of the world.”

“What could be more superfluous than art in the face of the authoritarian turn in contemporary politics, the systematic devastation of the biosphere, the ever-widening economic gap, or the rising tide of anxiety and mental illness? The objection is valid so long as we continue to see art as simply a source of entertainment or a platform for ‘self-expression.'” 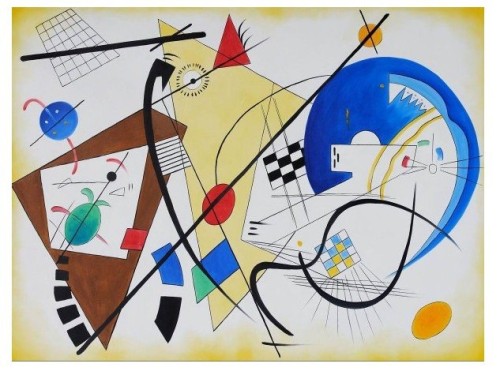 “Art, however is more than that. It deals in consciousness itself, the stuff dreams are made of.” 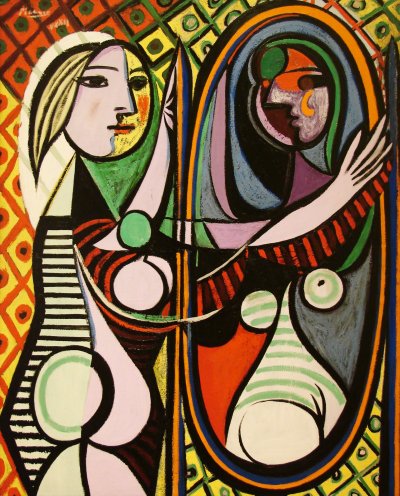 “Art is the only truly effective means we have of engaging, in a communal context, the psyche on its own terms.”

“My argument is that by rethinking art in that light we can reorient ourselves individually and collectively toward alternative modalities of being, setting the stage for what Daniel Pinchbeck calls a new mythological consciousness able to resolve issues ‘through symbol and image, without need of rational explanation.'”

“Art breaks down the barriers that normally stand between the physical and the psychic, between your soul and the soul of others.”

“Through art alone are we able to emerge from ourselves, to know what another person sees of a universe which is not the same as our own and of which, without art, the landscapes would remain as unknown to us as those that may exist on the moon.” – Marcel Proust

[For Proust] “Art is a meeting place in which human beings commune at a level that ordinary language and sign systems do not allow. Without art, connection at this deeper level is impossible.”

“This is a troubling idea to consider in a time when aesthetic forces ranging from sensationalistic news spectacles to manipulative viral marketing seem bent on achieving a very different end.” 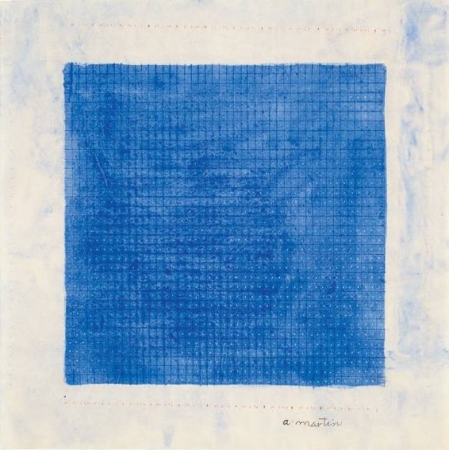 “The all consuming razzle-dazzle of sound and light with which we are bombarded does not draw us into the secret universe of another consciousness.” 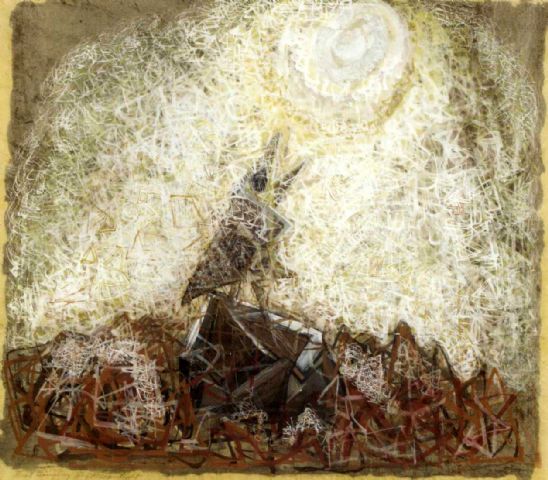 “On the contrary, it fools us into taking as self-evident a picture of life that in reality belongs to nobody, effectively producing an artificial space wherein the market and the state can thrive as though they were inextricable parts of the cosmos rather than the mutable accidents of history that they are.” 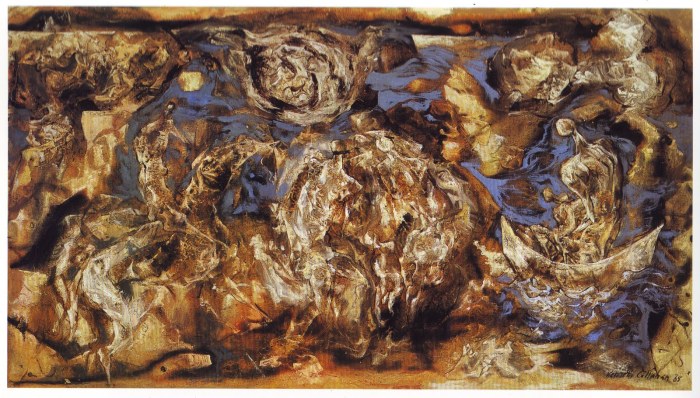 “We are in danger today of losing the capacity to distinguish between artistic creation as Proust defined it and the aesthetic creativity that goes into a commercial jingle, a new car design, or a hollow summer blockbuster.”

“If our confusion suits the reigning political and economic regime just fine, it is because it stands as proof that the operation to supplant the dream-space of soul and psyche with a fully controllable interface is going according to plan.” 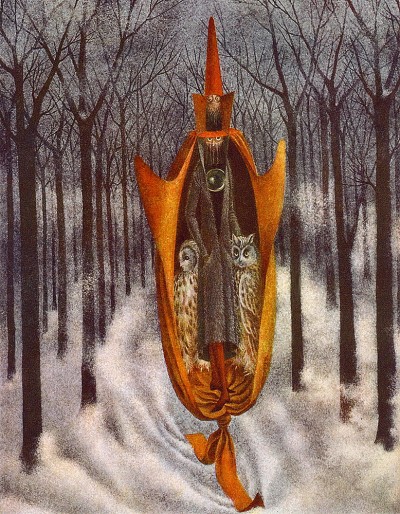 “Art is a natural phenomenon in that it is the expression of non-human forces in the human world.”

“Concretely, it inheres in the creation of symbols, that is, crystallizations of psychic energy emerging from the imaginal depths of Nature.”

“Symbols are signs, but signs pointing us to the unknown, perhaps unknowable aspects of reality. They call us to the dark expanses that extend infinitely on every side of the small castellated island that is the human world.” 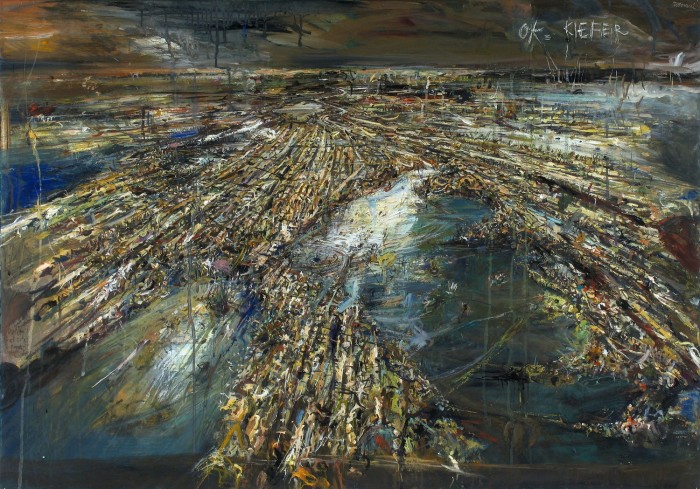 “If no interpretation of a symbol is ever complete, it is because a symbol’s potential meanings are never exhausted. In fact symbols don’t “mean” anything at all. Rather, they provoke the spontaneous creation of meaning in us.”

“Only art can express the symbolic, and symbols don’t occur outside of art. One possible definition of art is: any activity by which symbols are brought into the world.”

“The moment a symbol is extracted from its originating aesthetic substance in order to be “explained,” it becomes an ordinary sign.” 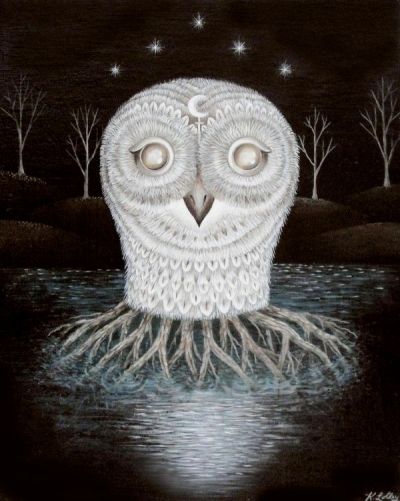 “The work of art that is interpreted without regard for the ineffable power of the symbols it contains turns into an allegory—that is, a cultural artifact rather than a natural force. It thereby loses its connection with the depths.” 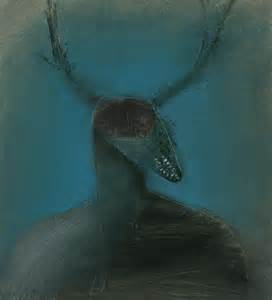 “The symbol is a concrete cosmic force,” Gilles Deleuze wrote. “It is a dynamic process that enlarges, deepens, and expands sensible consciousness; it is an ever increasing becoming-conscious, as opposed to the closing of the moral consciousness upon a fixed allegorical idea.”

“Met on its own ground, the work of art as vector of symbols is an inexhaustible producer of meaning. Invariably, the work reveals more than its creator ever intended and more than any interpreter can fathom.”

“The artist doesn’t inject meaning into the work of art any more than the interpreter extracts meaning from it. Rather, the work of art by its nature asks us to create its meaning(s), and there are worse definitions of culture than “the act of creating meaning.”” 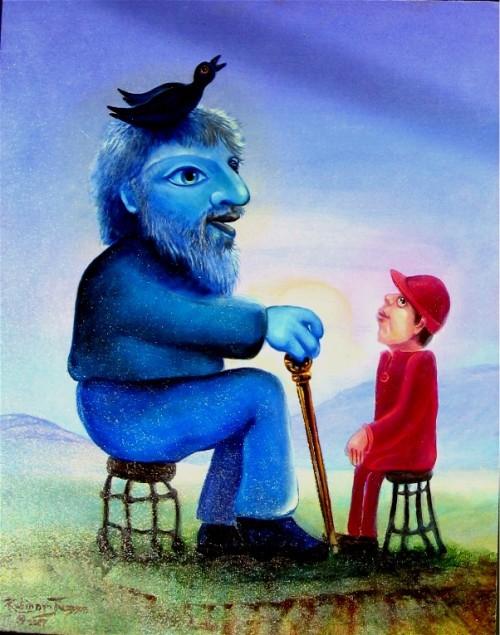 This entry was posted on March 22, 2015 by anelegantmystery. It was filed under 20th century art, artists, artwork, inspiration, mythology and was tagged with Art, artwork, dream-space, imaginal, J.F. Martel, Painting, proust, psyche, symbol.